Jesse Sylvia became a celebrity overnight when he finished second to Greg Merson in the 2012 Main Event of the World Series of Poker. He had a sponsorship deal, a social media following and an episode of MTV’s “True Life” to his name. He has a trademark look: sunglasses on forehead, right hand on left shoulder, black t-shirt and an icy stare Stannis Baratheon would be proud of. But it’s easy to forget that not long ago he was an unknown cash game grinder – just trying to make an hourly.

I sat down with Jesse Sylvia in his Las Vegas home recently to see what was new with the Las Vegas poker pro. We discussed what it’s like traveling the world playing poker, his recent decision to focus his travel plans and finding a life/poker balance

“So I finish the [2012 Main Event] final table out, and I have all this new knowledge base. I’m all kind of geared up with this knowledge, and a new thought process. So I decided I wanted to focus on more tournaments. Plus I had this sponsorship, which was a huge vehicle for getting to travel and play poker around the world. So all of this came together: this new knowledge, the ability to travel, and the sponsorship. And on top of that, there was a little bit of an ego thing. You know, you have this one big score and now you want to add to the resume.”

“I think that one thing that traveling a lot has taught me is that traveling just to play poker isn’t enough, for me at least. I don’t like the idea of going to a crazy awesome place very far away from where I live just to play poker. Recently, me and Ashley [Sleeth, Jesse’s girlfriend] have been talking about a new way to do our trips: make them still poker trips, but make them a bit longer and get there before the tournament. And also, only plan stops where it’s warm and wonderful. Because if you’re going to spend all of this time and money to plan a trip, let’s make sure it’s a great time. I want to go to places longer and actually explore the place.”

On How He Sees Poker Travel Today

“I don’t ever want to reach a point in my life where I dislike traveling. Traveling, to me, is one of the greatest things that people get to do. We’re so lucky to be in this day and age where 100 or 200 years ago, if you made it to South America once in your life, that would be amazing. We’re so fortunate to have this ability that I don’t ever want to be like, ‘ugh, I have to go somewhere.’ That would be awful.

“The other thing is that I can’t justify traveling as much as I did [in 2013]monetarily when there’s great games in the city [of Las Vegas]. There’s just a lot of incentive to stay close to home and play in those games rather than go far away. I can drive to Los Angeles, visit the beach, play in a great PLO game in five hours, and visit some friends while I’m there. I’m doing that with less travel expense here rather than having to go so far and having to miss my friends and my dogs and Ashley, unless I really want to go to an event or a series.

“I really like Vegas right now. I like it here. Now when I travel, it’s the icing on the cake. It’s a really awesome time, but I like it home too. I’m perfectly happy where I’m at.”

On Being Out Of The Spotlight and Traveling Less

“I’ve played maybe 12 or 14 events this summer. I’d like to get about 25 or 30. I just found out that on the Player of the Year rankings I’m like 25th [as of this publishing, Sylvia is 31st], which is pretty weird considering I don’t have any final tables. I don’t mind that; if somebody gets like five 12ths I think that’s a reasonable argument to be Player of the Year. Maybe they shouldn’t win, but they should get top 5 for that.

“I’d like to one-up Greggie [Merson] by also winning Player of the Year and the Main Event at the same time. That’d be pretty sweet.”

“I think, just like in life, poker is a lot about balance. Any part of life, in any job, or any hobby, or anything in life that you pursue. It involves putting in a lot of work, studying, practicing. Anything that you obsess over, like poker, having a balance is so important. I think I’m getting there. And I think it’s impossible to be truly successful without balance.

“A lot of my friends that have done really well in poker are obsessed with poker. They breathe poker. But they also have other things in life that they love. And they generally are winning when winning is a bonus, not when winning is the focus. And that seems to go hand in hand in life, at least for me and I think lot of people. Just being a full person with a lifestyle that means that poker won’t bring you down when you’re running bad is so important and so healthy as a poker player.

“That’s the best piece of advice that I’ve learned: create an entire life, and then after that you can obsess over poker. That’s the key to achieving success.”

A few days after this interview, Jesse Sylvia placed third in Event 38, $3,000 NLHE. He made $211,731 from that cash alone, and after that tournament sat in 12th place on the WSOP Player of the Year leaderboard. So far in 2015, he has six WSOP cashes and as of this writing sits in 19th overall for the 2015 POY.” You can stay on top of Jesse Sylvia’s WSOP run and everything Jesse by following his Twitter account, @MrJesseJames888. 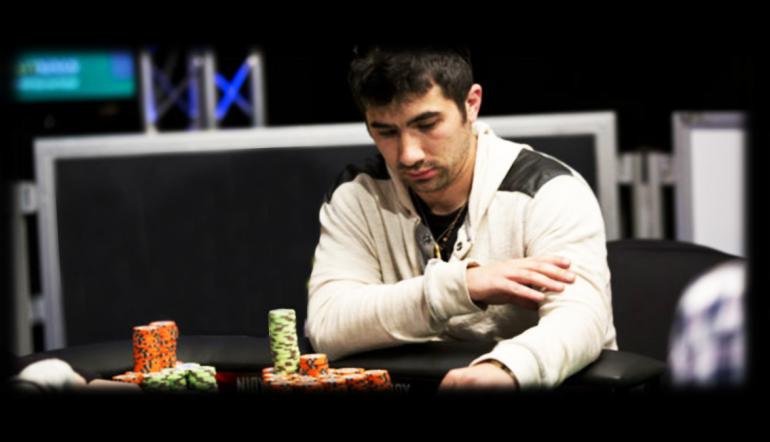 High Rollers: A Decade of Poker at The Highest Stakes

10 Athletes That Could Never Be Good Poker Players

10 Athletes That Could Never Be Good Poker Players