The third of, hopefully, many more to come 888Live Festivals, has been a roaring success with over €1million distributed during the festival so far. While, the Opening Event attracted 720 entries, as of the start of Day 2, 609 entries had contributed to a Main Event prize pool of over €584,000 – crushing the €500K guarantee.

There were three Day 1’s – Day 1a saw 104 entries buy into the event. On Day 1b a further 172 entries threw their hats into the ring. Day 1c brought out the biggest number of entries with 325 entries cramming into Casino Barcelona chasing a piece of the €584,000 plus prize money. The winner of the Main Event is set to take home a very respectable €110,000.

The ambassadors, professionals and celebs were out in full force with over 40 nationalities taking part in the events.

We also had many of our friends playing in the Main Event. Michael “The Grinder” Mizrachi, Stacy Matuson, Patrik Antonius, William Kassouf, Cate Hall all made the trip to the capital of Catalonia, Barcelona, to do battle on the felt. After all was said and done, Cate Hall – sitting on 163,000, Will Kassouf with 192,200 and Stacy Matuson with a 118,800 stack remained at the start of Day 2.

Another friend of 888, poker guru and professional player, Alec Torelli entered Day 2 as the chip leader. With a pledge to give away 10% of his possible winnings – 5% to his Facebook fans and another 5% to Instagram followers, he has a lot riding on his play. 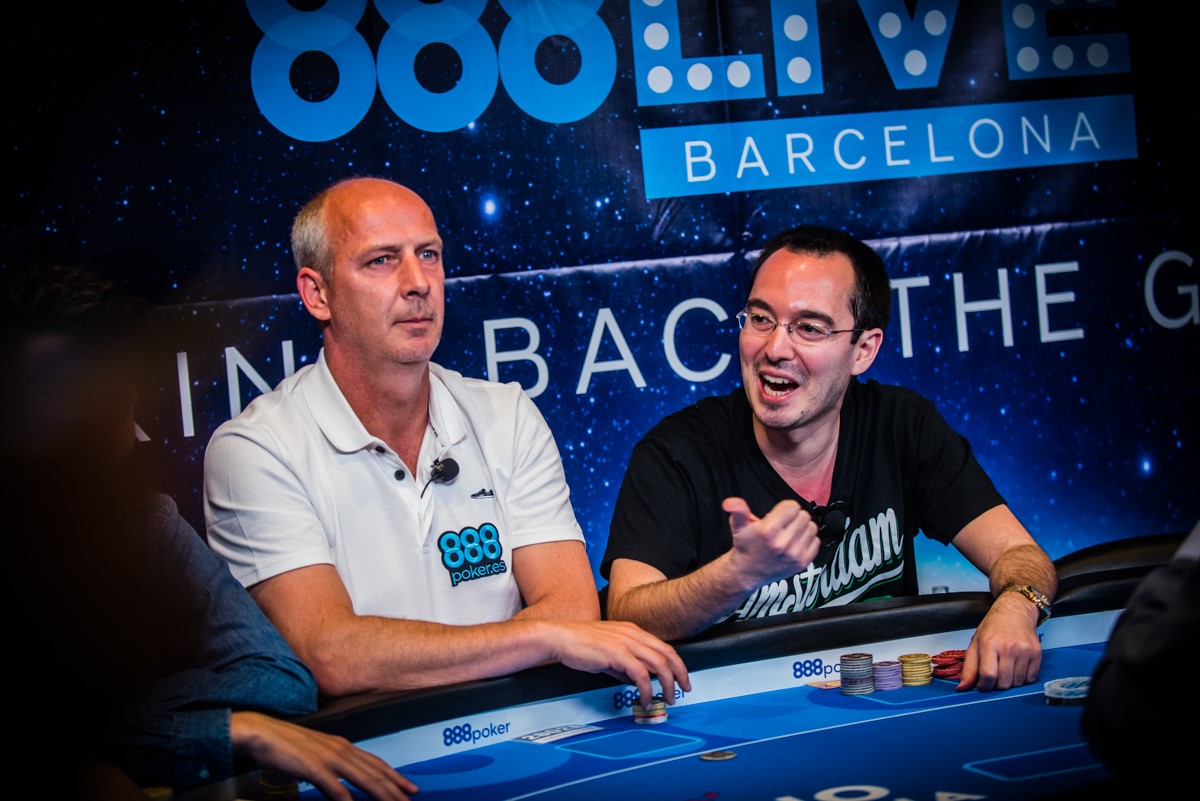 Action from the Day Ones

Kassouf made a big hand on Day 1c that helped catapult him into 6th place at the start of Day 2. On a flop of J♥9♥5♥, the SB led out, only to be raised by Kassouf. The SB swiftly moved all-in for 79,400only to be met by a flurry of speech-play by Will

“You have top pair and the flush draw, right?”

After the SB player did not react, Kassouf asked, “Do you want me to call?” Again, there was no response. Kassouf eventually made the call with a bigger stack. The SB showed Q♥J♥ and Kassouf tabled his two-pair – J♠9♠

“Brick, brick, please,” Kassouf exclaimed, and both the 4♠ on the turn and 6♣on the river delivered.

In another corner of the room, 888 friend, Cate Hall, found herself on the rail early after busting her K♦Q♦ to Jesper Hansen’s 7♥7♣. However, the proved too much to miss out on, so she quickly rebought back in and sits in 25th place at the start of Day 2.

Also on Day 1c, Kara Scott made her exit after her nut-flush draw hand – A♦K♦ on a flop of 10♦4♦4♣ – bricked both the turn and river. She was up against pocket queens, which held, and it was time to see some of the sights and sounds of the city.

A big part of the festival has been the live streaming of the featured table – on a 30-minute delay. With 888poker ambassador, Parker “Tonka” Talbot unable to attend, 2012 WSOP Main Event runner-up, Jesse Sylvia, took up the position as sidekick to the inimitable David Tuchman.

With Will Kassouf, Sofia Lovgren and Michael Mizrachi all putting in appearances at the featured table at some point during the broadcasts, there was always plenty to talk about.

Check out all the live action for yourself – twitch.tv/888poker 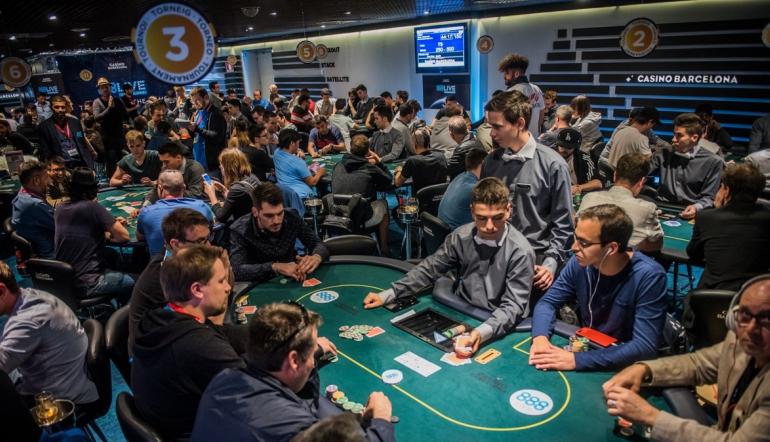 The Future Of Bitcoin & Online Poker

Five Great Events to Play This Summer Outside the WSOP

5 Things to Do Off the Felt at gamblingpoker Bucharest