I usually get an email or phone call a few times each month from a blackjack player who asks me the following question: “Your article said to stand on (a specific hand). I’ve read in a book (or on the Internet) that you should hit that hand. Who’s right?”

The reason you might see someone say or write something different from what I wrote is because the playing strategy for some hands will change depending upon the number of decks being used and/or the mix of playing rules. (This is why I always include the number of decks and pertinent playing rules whenever I discuss a playing strategy.) To give you some examples of what I mean, take a look at the following blackjack hands and decide how to play them for two sets of different rules.

In a multi-deck blackjack game with h17, you need to be more aggressive and double down on soft 19 against a dealer 6 rather than stand (which is the correct strategy for s17). The major contributor as to why doubling down is better is because when the dealer must hit soft 17, is because she will bust more often compared to when she must stand on soft 17.  (Note: There are other contributing factors but this is the main one.)

In a six- (and double-) deck blackjack games, the correct strategy is to hit your pair of 7s (and hope you draw a 3, 4, 5, 6, or 7). (You’ll lose less in the long run by hitting, compared to splitting.) In a single-deck game, the better play is to stand (rather than hit). The logic for standing is you have removed from play two 7s (the cards in your hand) making the likelihood of drawing a third 7 (for a 21), and beating a potential blackjack dealer’s 20, slim. This shifts the odds in favor of standing vs. hitting. (The effect of card removal is more pronounced with a single deck as opposed to, say, six decks. Thus you are less likely to draw a third 7 in a single-deck game as opposed to a six-deck game where there could be as many as twenty-two more 7s remaining in the unplayed cards.) (Note: Surrender is not common in single-deck games; however, if it were offered, the better play when dealt a pair of 7s against a dealer’s 10 upcard in a single-deck game is to surrender the 7s.)

In a six-deck game with s17, the correct strategy is to hit against a dealer’s A. (The rule is to double down your 11 if the blackjack dealer shows 10 or less; otherwise hit, meaning you hit against a dealer A.) In a double-deck game with s17, the optimal play is to always double down on 11 (even when the blackjack dealer shows an A). (The logic for doubling 6-5 in a double-deck game is the same as for the previous hand; namely, you’ve removed two cards that you don’t want to get on the draw, which is a more pronounced effect in a double-deck than for a six-deck game.)

In a six-deck game, you should stand on hard 17 vs. A, with s17. However, if the rules specify h17, then the correct play is to surrender your hard 17 against dealer ace. Logic: When the blackjack dealer hits her soft 17, she is more likely to end up with a total greater than 17, and correspondingly, less likely to end up with 17 that would push your 17.  The removal of a potential push with the h17 rule increases the expectation of losing to the point that surrendering your 17 becomes a better play. (Meaning, you’ll lose slightly more than 50% of your bet in the long run if you stand with the h17 rule, making surrender, where you lose exactly 50% of your bet, the better option.)

The point I‘m trying to make with the above sample hands is this: the basic playing strategy is dependent on the number of decks of cards being used and the mix of playing rules. If you want to play every hand accurately (and I hope you do), then you should use the basic playing strategy that corresponds to the number of decks of cards and mix of playing rules in whatever game you intend to play. 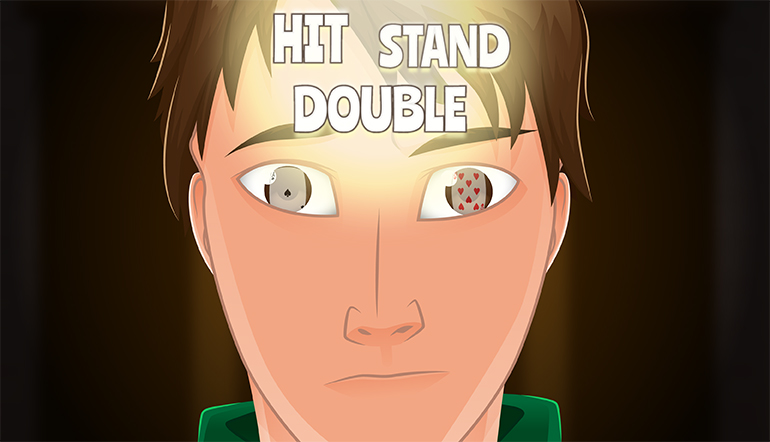 Win up to 1,050 Times your Stake on Every Spin with Playson’s New Joker Expand: 5 Lines Slot

Comparing the Roulette 666 to Other Betting Systems

How to Play Soft 19 in Blackjack

Blackjack School: How to Play Your Hand Vs. A Dealer’s Ace